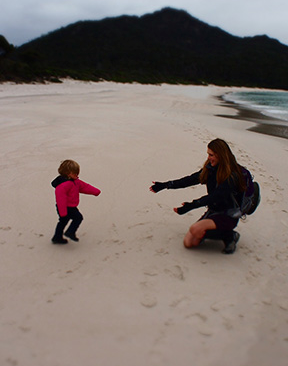 * A quick note: Unfortunately, as a result of some inappropriate messages I have had to moderate and close the comments section for this post. Thankfully most of the commenters here – bushwalkers, hunters and other citizens – have been respectful. There is a lot of disagreement, but the fact is that most Australians are comfortable with what people choose to do on private land (and it is downright necessary for a lot of folks on rural properties to protect themselves and their livestock from feral animals) and many people are also comfortable with the controlled, licensed hunting taking place in our state forests. However, the new legislation that opens up 79 National Parks in NSW to hunting is a bridge too far, particularly as the only government risk assessment released to the public labels the scheme as ‘high risk’ for injury or death to park users and staff. In my view this situation does not give park users a fair chance to feel safe. I know and have worked with many responsible licensed firearms users, (and I have over ten years experience with firearms myself) and many of them have expressed their discomfort with this situation as it stands. These facts – and the fact that I use national parks regularly with my young daughter and we live on a bush property on the border of a national park – are why I chose to publicly post my letter to the Premier of NSW opposing the legislation which came into effect on Dec 27, 2012, with shooting to begin in March. My letter to the premier’s office has to date been unanswered. *

As a mother who bushwalks regularly with a small child I request that you take immediate action to stop recreational shooting in our national parks. The risk of injury or death to park users like myself and my daughter is simply too high. Like many citizens, I am not comfortable walking through bush alongside armed hunters, and NSW – which has some of the most beautiful national parks in the world – will suffer from reduced tourism as a result of this legislation.

I am only one of many citizens concerned by the outcome of the deal between the NSW Coalition Government and the Shooters and Fishers Party – something you promised only last year would never happen: ‘There will not be a decision made to turn your national parks into hunting reserves. – Premier Barry O’Farrell, April 2011.

I note with disappointment that this decision has gone unchallenged by every member of the Liberal and National Party despite the fact that your own risk assessments have shown the risk of injury or death to park users and park staff from arrows or bullets is ‘high’, and that according to the assessment from the Office of Environment and Heritage, amateur hunting may actually increase feral animal populations by providing supplementary food sources to local predators.

The primary objective of any feral animal control program should be the reduction of feral animal populations using the most efficient, humane methods available. Reducing feral animals in our parks is important, but must be carried out by professionals in a systematic and evidence based way. Recreational hunters – some as young as 12 – pose a safety risk to visitors, campers, bushwalkers, native animals and park rangers and staff, 96.2% of whom oppose this legislation. In my view, the hunting opportunities already available in around two million hectares of NSW State forest should be enough for responsible recreational hunters, and I note that Game Council NSW employs only 4.2 full time equivalent staff to police the hunting already allowed in State Forests across NSW. The public perception of hunting will not be aided by this unpopular legislation, which is already causing clashes between hunters and other park users.

‘…you can acquire a restricted game licence without ever having fired a firearm. Now, that I think is inadequate…’ – Gary Bryant of the Firearm Safety and Training Council, a former Army infantry officer for 27 years who opposes this scheme.

We recently found spent shotgun shells on a track in the Blue Mountains National Park near our home. By opening up national parks to amateur hunters, you are creating a high risk situation likely to confuse and frighten many park users. Some irresponsible hunters already believe it to be ‘open season’ in all NSW national parks, as evidenced by the horrific shooting and maiming of kangaroos in front of a family of campers in NSW national park in August.

The people of NSW don’t want a situation similar to the tragedy in New Zealand where a 25 year old teacher was mistaken for a deer and shot to death while brushing her teeth at a campsite in 2010, or in Italy, where 13 people were killed this year in the first 7 weeks of the hunting season in 33 different hunting accidents.

‘It’ll come back to haunt all of us. So, if a young child was to be shot with a heavy calibre rifle then probably the first thing they’d be screaming for is cut out heavy calibre rifles. It’s not a nice thing to talk about, but we can’t ignore the possibility.’ – Jim Pirie, gun shop owner, president of his local hunting club in Mudgee and one-time candidate for the Shooters and Fishers Party.

I support NSW park rangers in their protests against this legislation. As PSA General Secretary, John Cahill, said ‘Our park rangers should not have to work in fear for their own safety. [They] have expressed serious concerns about the danger to themselves and the community when shooting is allowed in bushland popular with walkers and picnickers.’

I therefore request that members of the NSW Coalition Government act to repeal the amendments to the Game and Feral Animal Control Act 2002, passed on 27th June 2012, which allow shooting in national parks and other reserves.

I implore you – please keep guns out of our national parks.

Game Council of NSW – will oversee the program. The acting head has just been stood down on suspicion of ‘illegal hunting, trespass and inhumane killing of a feral goat’.

National Parks Association of NSW – protesting this legislation and may strike

The Confederation of Bushwalkers – protesting this legislation. Bushwalkers pay higher insurance due to ‘risk of being shot’

Invasive Species Council – argue this is not effective policy

No Hunting in Our National Parks protest website with online letter and Petition.

Information on Restricted (R) Licences for hunting in NSW, (the requirement for hunting in national parks and other public land) available for hunters from age 12:

Information on Minor’s Permits to use firearms in NSW, available for shooters aged 12-18: 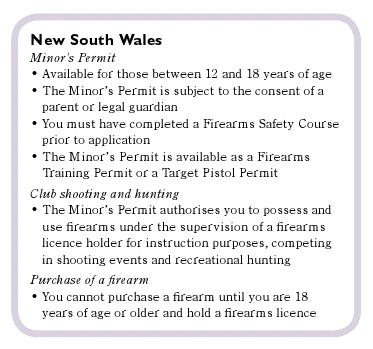 Legislation requires that minors must hunt in the presence of an adult and must have the appropriate hunting licence.

– Bushwalkers pay higher insurance due to ‘risk of being shot’

– ‘You can acquire a restricted game licence without ever having fired a firearm in your life. Now, that I think is inadequate’ – GARY BRYANT, FIREARM SAFETY AND TRAINING COUNCIL.

– NSW pushes to allow unsupervised minors as young as twelve to hunt on public land.

– NSW park rangers are protesting the introduction of amateur hunting in national parks because of the risk of injury or death for rangers, volunteers and visitors.

– The ABC’s John Doyle and President of the Invasive Species Council Andrew Cox discuss the risk to park visitors and staff, and the difficult issue of feral animals. 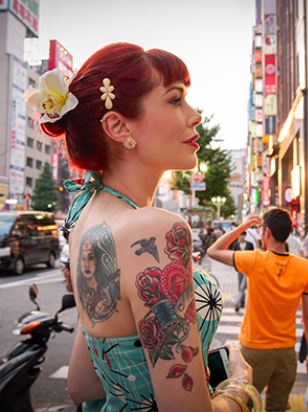